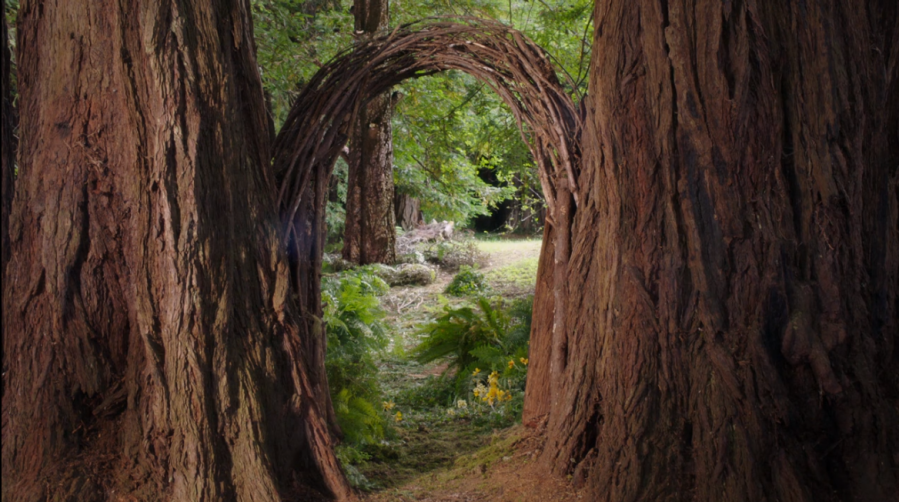 Looking back at it, “The Trolley Problem” was the episode that marked the great turn in The Good Place from comedy to televised manifesto. “The Trolley Problem” is a great episode, funny enough to fulfill us while simultaneously leaning all the way into the literal Philosophy 101 stuff that dominated so much of the series’ second half. But as we found out, there’s a reason that Philosophy 101 is not a background that has fueled sitcoms before. More and more, The Good Place turned into a mystery series, one where Michael (Ted Danson) led a quest to discover why the Bad Place has been the exclusive destination of all humanity for hundreds and hundreds of years; upon discovering how fundamentally broken the system is, Michael and his sidekick/compadre Eleanor (Kristin Bell) call upon Chidi (William Jackson Harper) to create a new one. Granted, the system was broken from the pilot, from the deeply meaningful “Everything is fine.” And when the show was at its best—as it was when Eleanor realized that this was the Bad Place, confirmed by Michael’s laughing sneer—it asked us to consider the ways that ethics might be funny. The line on traditional sitcoms is that people learn, but still go back to being themselves. The Good Place found a lane there. Instead of brushing that kind of character development off, it decided that this was in fact a good way to say something about why people are the way they are. We have hangups, whether they are familial or social or personal or whatever, and those hangups prevent us from becoming better people even if we know better already. Season 1, and to some extent Season 2, are funny over and over again, and they are funny because trying to figure out what’s keeping Eleanor and Chidi and Tahani (Jameela Jamil) and Jason (Manny Jacinto) from becoming better versions of themselves can be humorous. I keep coming back to that party that Michael has Tahani throw on the first night as a welcome to the neighborhood; in the first two seasons, that gambit is a good way to open us up to gags about shrimp and cargo pants, and it’s also a way to wedge open Eleanor and Tahani’s very different insecurities.

Trying to solve what ought to happen to us if there is an afterlife is not, as you might have guessed it, all that funny. There can be moments, and I will probably go to my grave using Oreos as a unit of measurement after Eleanor lamented that she was just four of those from Paradise. But there are stretches of The Good Place in Season 3, when the crew returns to Earth, and Season 4, when they return to the afterlife, which would work better as a novel than as a TV show. It was an incredibly bold choice to spend the first half of Season 4 with a group of newish humans (Chidi and Simone are back, but John and Brent are fresh out of the bag), and in the end it wasn’t an incredibly good one! John and Brent are axes to grind, not founts for something funny, and Season 4 is on the whole a disappointing one because it’s all a setup for the punchline: the Good Place isn’t so great. Again: not necessarily a funny punchline. A genuinely interesting concept, but not all that well-suited for a sitcom, and I suspect that when we talk about The Good Place in the years to come, it will be in awe of a brilliant first season, with admiration for clever episodes like “The Trolley Problem” which followed. It’s not that The Good Place wasn’t supposed to change, or couldn’t have changed if it wanted to. It’s that sacrificing its unique humor for the kind of understanding of philosophy that one could gain via an hour on Wikipedia was not a good trade. Maybe we all should have seen this coming, because Parks and Recreation did something very similar, and it makes the last season or two of Parks & Rec hard to watch in our time. The cheerful feelgood liberalism, where we can all get along with one another and respect our differing ideals—in other words, to reduce political belief to something as inconsequential as the sitcoms you watch—is cloying at best in that end run. Its focus on what government ought to look like became increasingly at odds with the jokes that one came to Parks & Rec for in the first place, and the show’s quality dims significantly in the end. (I’ll grant that there’s a possibility that Parks & Rec ends better than I think it does, and that it may just be like Hamilton for me, a piece of pop culture that felt joyful and energizing until its political moment was swallowed whole and burped up.)

With all that said: the finale of The Good Place was just right for the show that it had become, and the last two episodes of the series make a fairly triumphant ninety minutes. In the episode before “The Trolley Problem,” “Existential Crisis,” Eleanor tells Michael that humans are always a little bit sad. It’s a beautifully put thought, one which gets to the heart of the series in a way that a hundred references to Scanlon cannot, and it’s what guides this last fix to the afterlife. To make the Good Place meaningful, there has to be a chance for it to end. It may be an ending in the impossibly distant future, but meaning and finitude are synonymous in this afterlife, an idea that begins to make sense once you get over the shock of it. For so long, The Good Place has been the story of four people, a demon, and a Janet (D’Arcy Carden) trying to put off the inevitable. In its last breath, The Good Place realizes that the inevitable was what made all of this worthwhile. For a sitcom, this is sort of a bummer, but for whatever genre of show this has become, the little bit of sadness that comes about at the end is perfection itself. I love that shot at the end of “Patty” where Eleanor and Chidi are sitting on that sofa in front of a very typical Paradise, not for any cinematic value, but because I think it implies the right level of sadness. They have died, and Chidi has figured out how they will die again, and for now they have the moment. Time is painfully, essentially real here, and “Patty” does something that only so many moving images (oh that term) can do. It has chosen a moment of time, and it has foregrounded what is within that moment of time, and it makes time something more than conceptual. Linklater did it in Dazed and Confused towards the end, as a pared down few gather together on the football field. Bergman did it in Scenes from a Marriage, in the last chapter as Marianne and Johan hold each other. Curtiz has it when Bogart tells the other Bergman, “Here’s looking at you, kid.” And something like that, though certainly less transcendent, is here, too, a moment which feels historic but which is entirely personal. It’s hard enough to do it in the movies, but I think on a TV show, where there is more of itself to get through and thus all of it feels a little more ephemeral, it’s exceptionally tough. I think what they’ve done here that a movie doesn’t always do is make that moment in time hands-on, and what I mean is that The Good Place invites you to imagine this afterlife in a way that I don’t think Casablanca tries to make us stand in Rick or Ilsa’s shoes. It does ask you to imagine what you would do with all the time that Eleanor and Chidi have, with the knowledge that however much time it takes you would always have more, and in so doing you can pull the stopper on eternity. I can imagine something that would take an awfully lot of time, but even if I were to watch every movie ever made and have the time to meditate on them and study them and write about them, that would come to an end. It would take more time than anyone can have, but it would end. Part of the heartbreak of “Whenever You’re Ready” is in considering something so impossible, even if it has a silly name like “Bearimy” on it…in some number of Bearimys, Chidi will run out of books to read, and Tahani will run out of tasks to learn how to complete, and so on, and that is such an alien thought that it’s almost too slippery to grip. Maybe Hamilton is relevant here, because it’s a show that recognizes that same longing for the space to do that The Good Place can envision. There are too many lyrics to choose just one, but it’s summed up in the last song of the show: “The Lord in his kindness/He gives me what you always wanted/He gives me more time.”

After the finale of Parks & Rec, we knew that there would be a way to see just about everyone we had ever seen in The Good Place before, no matter how minor, and we do it Jason-first. I hated to lose him, but then again we knew that Jason was the kind of person for whom the Good Place would become stale fastest; this is not a problem that could be solved for him via Molotov cocktail. Always looking for the greatest sensory experience, after a series of rushes which maintain a sugar high, he was going to be done with the afterlife in a relatively short time. In “Patty” he explains how go-karting with monkeys could get old quickly, and after playing the perfect game of Madden, it seems like he’s had his fill. Tahani puts death off, which I thought was a clever choice. After learning how to do, I suppose, everything, she finds one more thing that she wants to learn to master: she becomes an architect for these afterlife neighborhoods. Perhaps she will choose to walk through the door (which is a very Narnia choice! Someone read The Last Battle!) in another few zillion Bearimys, but until then she’ll have something else. Michael decides he wants to be a human, even at the cost of death and the purging system that will ultimately lead to the Good Place, and that’s a nice touch as well. But it would not be a Good Place episode without Eleanor reacting badly to someone else, and that someone is Chidi, who decides he’s ready to move along even if that means he’s leaving her. In its own way, that’s a cruel statement about this new Good Place—”I’d choose being gone forever over spending more time with you!”—but Chidi’s choice to leave the system he created is a way for Eleanor to continue to change herself. With Chidi gone, she focuses herself on what she’s come to be very good at: considering others. A stop to Mindy St. Clair (Maribeth Monroe) and the god iteration of Derek (Jason Mantzoukas) shows that Chidi’s disappearance is Mindy’s gain, as Mindy is convinced to try out a better place than her Medium spot. It’s what Eleanor has become in her best self, and she lives at the height of this bestness. The Good Place may not have been able to do that itself, but like Eleanor, it strove to the very end.